Garden History Section members have been visiting gardens in the island and away. A visit was made to the Jersey tea Company at Warwick Farm, founded in 2016 by the Boucher and Paturel families. Two fields of 10 vergees hold some 6000 multi-stemmed plants. The company uses eco-friendly methods to encourage wildlife and biodiversity and are pesticide-free. The top two leaves of tea plants are handpicked, with leaves harvested earlier in the year producing a lighter, fresher tea, while those picked later having a more full-bodied flavour. All processing is done onsite.

Le Tracheron Farm in Trinity was visited (the name meaning “the team”) which is run by the Le Maistre family, who grow a variety of heritage crops such as oats, wheat and barley in the traditional manner e.g. using horses to cultivate the land thereby reducing the soil impaction. Besides producing a range of flour, they also make cider with hops from hedgerows and their own barley.

Two members visited the moat planting (Superbloom) around the Tower of London for the Queen’s Platinum Jubilee celebrations, which in July was very beautiful, but a little jaded by August with its heatwave. The landscaping involved moving tons of soil and using different seed mixes including 20 million seeds, wildflower turf, and perennial plants. Wide paths allow visitors to enjoy the floral display while listening to specially composed music.

Three more visits included: Iford Manor, The Newt and the Hauser & Wirth gardens. Iford Manor belonged to architect and garden landscaper Harold Peto, a colleague of Lutyens, who designed a Mediterranean garden of terraces incorporating many Greek-style sculptures and buildings. Iford is also home to a colony of rare greater horseshoe bats.

The international art company, Hauser & Wirth have a site in Bruton, Somerset with huge barns currently holding a Henry Moore exhibition. Beyond the buildings is a field landscaped by well-known Dutch designer Piet Oudolf who has created a stunningly beautiful series of inter-related flower beds. Oudolf’s expertise lies in choosing exceptional plants, shrubs and grasses of unusual cultivars and his gardens also fill a cloister garden between the barns.

Another exceptional garden in Somerset has been created in the old property of noted plantswoman and garden designer, Penelope Hobhouse, now called The Newt. Being in apple country, the gardens hold many espaliered apple varieties as well as other fruit trees and a modern cider business now operates. Hundreds of cider apple trees have been planted on nearby fields.The Newt also has a museum depicting garden design through the ages and from across the world, plus a great many other delightful features. 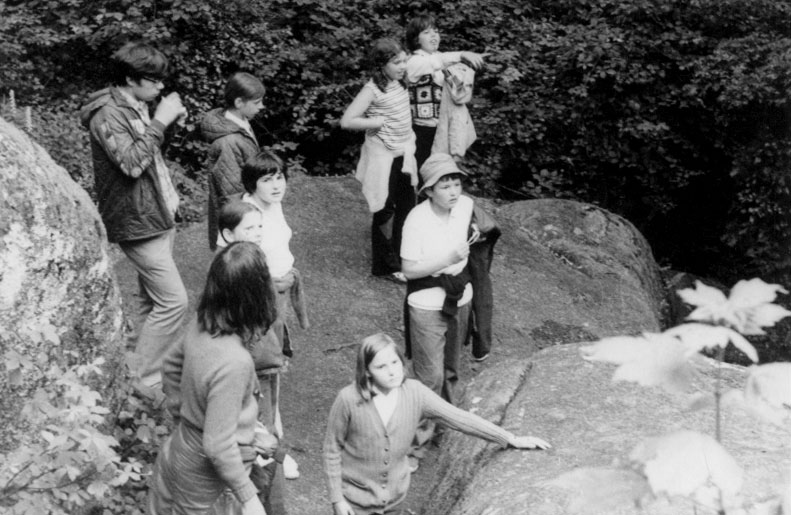